Chapter 1 - Departure
"wake up, sage babama told us to go to his house first thing in the morning" says Smoogle, a sprite that became my best friend since my childhood days. I wonder what sage Babama wanted to tell me, i immediately stand up and get dressed. Time to give sage Babama a visit. Babama's cottage is only a few minutes walk from Siwa Village. Plus, you can get some eye-candy from the cute and fluffy jelly rabbits :3

"I've been waiting for you Elena" says sage Babama. "You've been chosen for a very special calling. As you know, sprite messengers can be found throughout the world. Since the ancient times, sprite messengers are accompanied by newborn sprite, just like your friend smoogles over there. It is your duty to cultivate your sprites, i want you to grow with him. In time, Smoogle will also join forces with many sprites all over Saphael to end the world's suffering. Why don't you call your sprite now from his cottage for starters?". I did as the sage told me, "Ah, it's nice to see Siwa Island will send a new sprite messenger yet again" he says in delight as he hands me a letter. "what is this?" I asked. "Remember Efe? the sprite which lives in front of my house? Give this letter to him and he will guide you to your next task"

As i approached Efe's usual place, Smoogle went out of her cottage "Good morning Efe". "Hello Smoogle and Emilia, i hear today's the day you'll go out as a full fledged sprite messenger, need help with anything?". I handed him the letter "here, sage Babama told me to give this to you". Efe, opened the letter and reads it briefly. "i see, he wants me to give your sprite some gathering and crafting training before you go, let's go inside my cottage Smoogle" he said cheerfully. Smoogle waved me goodbye as he went away with Efe. "Guess i should prepare to leave now" I thought to myself.

I went back to my home, took some potions and the jelly rabbit coins i've been saving up. It's kind of sad that i have to leave this island soon. But i got the chance to be a sprite messenger, i won't waste this chance away. on my way back to Babama's cottage, i saw one Fishman Ghost bringing something familiar with a huge smiling face, as he passed through me i caught a quick glance, it's one of Babama's book. "Hey, what are you carrying with you over there?" i shouted. The fishman flinched, stopped for a few moments, and then ran as fast as he can. "Hey stop!" i yelled as i chased him in the direction of the beach. "you're not getting away with it!". I took my staff and aimed to him as i cast my spell. "Magic Rocket!", i got a clean hit at his back. He fell unto the sand, dropped the book and swam away in fear. "Oh well, at least i got the book" i though as i picked up the book. "Definitely sage Babama's book".

I passed through Efe's usual place, "no one's here. I guess they need more time". I went ahead to sage Babama and handed him the stolen book. he stared at the book for awhile, not knowing that it was stolen. I explained what happened earlier and he looked at me in surprise "I must be getting old, didn't notice it got stolen, thanks for returning it to me Elena, You've shown a great potential as a sprite messenger. You've been practicing with your spell i see". I can't help smirking because of the compliment. "Elena, be sure you get to the village port by 11.. no, 10:30 just to make sure you won't miss the ship, you'll be heading to the magic city of Ilya?".
"yes, i will train over there to be a better mage"
"i see, farewell then, be safe on your journey, i will get in touch with you soon, just be sure to check the mailbox often"
"thanks for everything sage Babama" i bowed to him "i will go back here once i'm a better sprite messenger"
"I will be looking forward to it, say hi to captain Landitt for me"

I waved to sage Babama and i went away to fetch my sprite, he should've finished his training now, i got 45 minutes until the ship's departure. I see Efe waiting at her usual place, but Smoogle is nowhere to be seen. "Wait here for a bit, Smoogle got a surprise for you" says Efe with a smile on her face. A few minutes later, Smoogle came with a nice looking wooden staff "master, i made a present for you".
"Smoogle made that himself, really good one too. Seems you got yourself a good sprite"
I gave some cookies and soda to Efe to express my gratitude, some for Smoogle too as a thanks. I equipped the staff, seems to be better than my last one. Me and Smoogle said goodbye to Efe and than we went on our way to the port

Entering the village, suddenly a lot of fireworks got lit up, with everyone saying congratulations and goodbye. Ludaumann, the village head also gave me a present to celebrate the beginning of journey. Holding back my tears, i said thank you and goodbye to everyone.

At last, captain Landitt came in his ship, eager to start the adventure of another sprite messenger yet again. After he gives me a sign, i went aboard the ship. "A mage sprite messenger now, going to be a wizard soon? i envy you youngsters, i used to be one hell of an adventurer back then.. I also helped to kill Nazruddin, before he became a dead walking dragon now". I just laughed as he said his joke(?) as I looked back to Siwa village. The whole village waved at me, i can hear them telling me goodbye and hoped for me to be the best sprite messenger of saphael. I waved at them back, Smoogle also went out of her cottage and waved everyone goodbye, though no one on siwa island can see her besides Babama and Efe.

"Anchors aweigh!" Yelled captain Landitt. His crew immediately responds and the ship starts moving. "Going to Ilya I presume?" said captain Landitt. Still sad of leaving my hometown, i just looked at him and nods. And so, i moved to the front part of the ship, not looking back at siwa island.

Spoiler:
Small island guarded by sprites, located directly to the south of kaslow city. When a crisis almost overtook the world, Siwa Island was the last stronghold for humanity. Many sprite messengers started their journey here. Sage Babama has his own cottage on the southern part, it is his duty to guide the sprite messengers to bring out their power

Spoiler:
most common creature on the world of saphael, their cute looks and different appearances makes them the favorite creature on Saphael! They even get their on fan club, which you can find on most area on saphael.

Spoiler:
Long ago, Sprite Messengers fought an Evil Dragon. Their victory brought peace to the world, marking the start of a prosperous era.

Spoiler:
The world of Grand Fantasia is called Saphael, the crade of all things in the world. It is also a giant life force. When the pulsation is at it's peak, the world prospers. but as they wane, the world enters an age of darkness and trouble called the doomsday. What brought this trouble is the demons. When that happens, sprite messengers is the one who will bring balance to the world again accompanied by their sprites.

ok who went threw the trouble putting the story of GF ._." 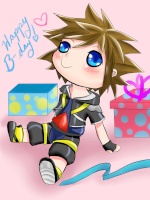 Demonknight wrote:ok who went threw the trouble putting the story of GF ._."

Hokaze did, and I think she should continue >.>

Id like to see her continue to. id like to hear about the fight with rook baron though 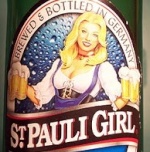 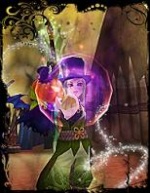